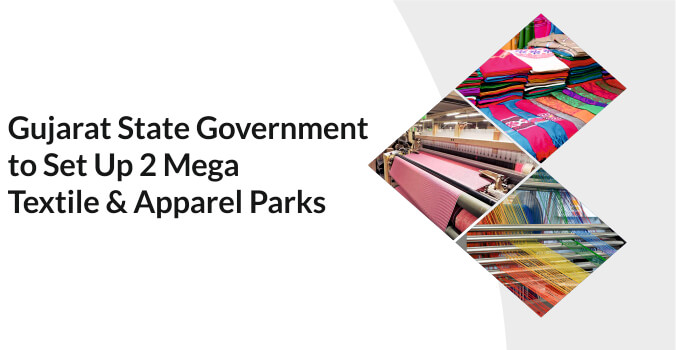 The government of Gujarat will set up 2 mega textile parks to allow forward and backward integration in the textile sector. They announce while the Gujarat state budget was presented on 9 March 2021. The parks will be set up as part of the union budget announcement of setting up 7 such textile parks. The move predicts to go a long way in making the industry globally competitive.

“Mega Investment Textile Parks will make the industry more competitive at a global stage. This will not simply boost exports but at the back-end, it will also assist generate more employment. At the same time, a single cluster will definitely assist bring in more investments in the cloth sector.” Chintan Thaker, co-chair, ASSOCHAM Gujarat state council, told a top English-language daily.

“This will provide an impetus to MSMEs in the textile sector, which is the highest employment generator after agriculture. It will assist ancillary units in textiles in a large way. Moreover, the plug-and-play model for the park will aid the employment era. And also provide an ecosystem to exporters and domestic manufacturers,” he said.

Industry stakeholders also stated that the state government’s announcement on the ₹1,500 crore outlay for offering subsidies to the industries under the textile policy. They will also go a long way in boosting the competitiveness of domestic manufacturers.

Vijay Purohit, president, Gujarat Garment Manufacturers’ Association (GGMA), said, “A cluster approach not simply brings in investments but instead it also helps build a complete textile value chain. Which is presently very separate in different geographical locations. This will assist the industry to grow, scale-up, and innovate while being more competitive.”