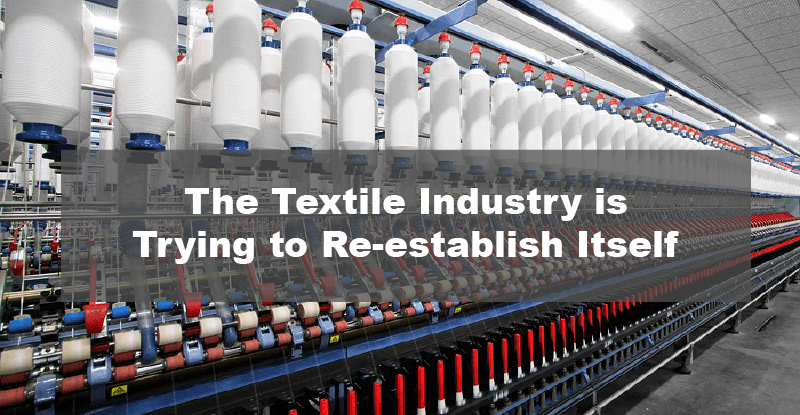 The Textile Industry is Trying to Re-establish Itself

As the second wave of Covid-19 comes to an end, the textile industry in this country is ready for a comeback. The city, formerly known as India’s Manchester, still has a number of textile manufacturers and processing facilities.

Suiting and shirting, women’s clothing, shawls, blankets, and woollens are all manufactured in considerable numbers here.

Manufacturers of printing and clothing materials are optimistic about the sales of their products. Due to travel restrictions imposed in the aftermath of the second wave, local shops were unable to obtain materials from Ludhiana and other areas and had to rely on city-based producers.

“The textile industry is regarded to be the second largest after agriculture in terms of economic growth and job creation,” said Akhil Jain, Executive Director of Madame, which has a local presence.

“The global epidemic had a major effect on the textile industry in terms of logistics and labour availability. We are mindful of the potential effects of the epidemic on skilled labour. “Supply will continue to exist even if demand decreases,” Jain predicted. As things return to normal, he expects people to start buying.

The new normal is bringing in some encouraging symptoms of the industry’s comeback. Financially powerful corporations may be able to bridge the gap, but smaller businesses are expected to struggle battle and nail to remain profitable,” Jain said.

According to Piara Lal Seth, president of the Shawl Club of India, representatives from local shawl manufacturing facilities have gone out to book orders and will learn the degree of success when they return.

He lamented, however, that owing to travel limitations, individuals from Kashmir, who had long been trusted salespeople for Amritsar-made shawls, did not visit the city this year.

“They couldn’t sell the shawls last year, too, because of Covid-19 limitations,” Piara Lal said, adding that he was looking forward to a season without limits.

“With the prospect of restoration, we have imported craftsmen and labourers from other states, and factories have begun operations in the previous month,” said Krishan Sharma, a warp knit fabric maker. “However, since the electricity to large-scale machinery has been disconnected for several days, all of our plans have tragically gone wrong,” Sharma added.